THE LITTLE STORY ABOUT TE AITO 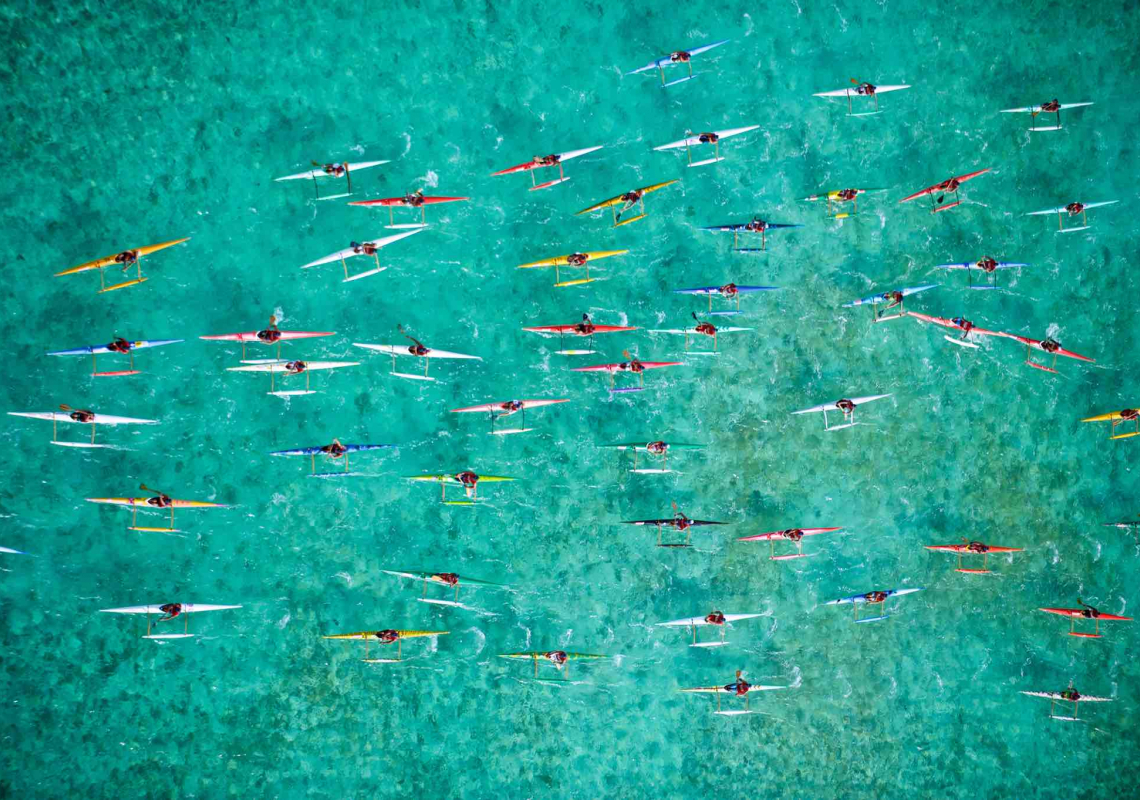 The TE AITO, a local race that became the nexus point for the world’s best Va’a rowers

The first edition of the Te Aito was organised by Charles Maitere in 1988 and it brought together 88 Tahitian rowers in search of long-distance races to help them train for the Molokai in Hawaii, which was one of the major races for va’a rowers at the time. It was the first deep sea race of its kind organised in Tahiti.

As the editions went on and the race developed, the Te Aito became one of the unmissable competitive events for va’a rowers from across the globe. No less than 1000 rowers from 13 different countries will be side-by-side at the starting line of the 29th edition. 360 people, including 220 professionals, were needed in order to organise this latest edition of the Te Aito. It has become a source of inspiration for the very best athletes in the field today, such as Kevin Ceran-Jerusalemy (winner of the previous 3 editions) and Yoan Cronsteadt (2nd place in 2016). All of them consider the Te Aito “the” race to win.

From a relatively informal organisation to a more professional one

Te Aito has taken on a whole new meaning by becoming an official “test event” for the first va’a marathon world championships in 2017.

On 3 February 2015, the international va’a federation (Fédération Internationale de Va’a - FIV) elected the Tahitian town of Pirae as the host city of the 18th va’a racing world championships. The town of Pirae, the local organising committee (the COL) and the FIV also gained the rights to hold two additional major events, the va’a marathon world championships in 2017 and the Te Aito World Tour in 2020. Pirae has, in this way, become the world capital of va’a. And for the first time, countries from Asia and Africa will be participating too.

All these new elements make the Te Aito an altogether more professional organisation. For the first time in the history of the event, trailing boats carrying supporters are formally forbidden within the race area so that competitors are not bothered or given any kind of special advantage. Only boats ferrying members of the accredited press or media are permitted. On the media front, another innovation has been made, in that the race is now broadcast live on TNTV and is available via streaming across the globe.
This increased visibility has helped heighten the interest of major brands in the discipline and the economic benefits have become considerable. Revenue for the region during the week of the competition in 2016 is estimated at €33 million. And the organising committee has no intention of stopping things there. To complement the new organising structure, they intend to create a fan zone, both at the outset and the finish line of the race itself, which will bring together associations, manufacturers and sponsors.

The next generation is guaranteed

The Te Aito has become an innovator in this area too. It's the first major race of its kind to take an interest in the junior category. In 2008, the committee created the Aito Ama competition, which is reserved for promising young hopefuls. With the help of this junior category race, va’a legend and three-time Tei Aito winner (2014, 2015, 2016) Kevin Ceran-Jerusalemy was discovered.
Over the past few years, the level has been improving steadily. During the Te Aito in 2016, 17-year-old junior competitor Sly Ly Sao was hot on the heels of the best in class over more than 10km, only to place 5th overall in the race. He nonetheless qualified for the Super Aito, which brings together the 100 best participants two weeks after the Te Aito has finished. In 2016, it was won by another young hopeful, Tutearii Hoatua, who brought an end to Ceran-Jerusalemy’s three-year reign.

The increasing professionalisation of the sport goes on. In partnership with the organising committee, the FIV has organised the Te Aito World Tour, which will take place as of 2020. It will be made up of 8 stages and there will be 8 participating countries: Australia, New Zealand, Tahiti, Brazil, France, Morocco, Japan and the United States of America. Te Aito and the Super Te Aito will thus make up the grand final. The ultimate goal of the Te Aito World Tour will be to become va’a’s equivalent to the World Surf Tour. No less than that! Setting up such an event should have the desired effect of drawing in ever younger athletes. The idea behind this is to continually see the athletes’ level improve, which should result in a really great show. We can't deny it. It's something we’ve been waiting for very impatiently.

To learn more about the big events taking place alongside Te Aito, take a look here. 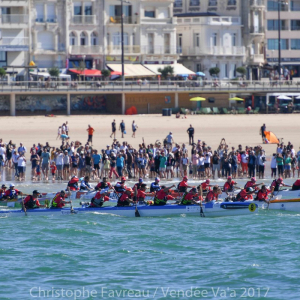 OUTRIGGER CANOE RACES IN FRANCE: FRANCE’S MAJOR RACES The va’a, whether it be in V6 or V1 format, is increasingly well-known in mainland France, in no small part due to the media attention given to the world’s most prominent races, such as the Hawaiki Nui Va’a, for exam...