THE HISTORY OF THE OUTRIGGER CANOE 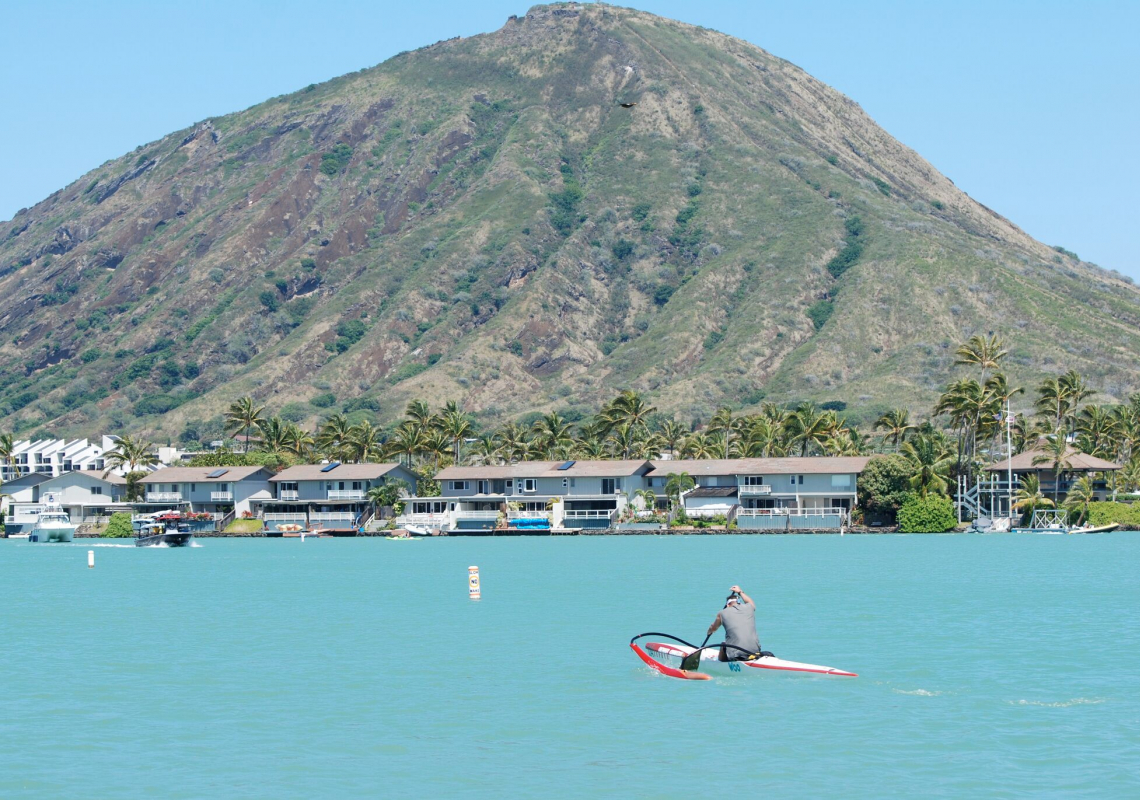 HISTORY OF THE OUTRIGGER CANOE

THE OUTRIGGER CANOE, ONE BOAT, ONE RELIGION, ONE STATE OF MIND

The outrigger canoe represents to itself, the escape, the journey, see the temptation … Asymmetric and nevertheless so graceful, the outrigger canoe which we know today contains a history rich in 5000 years of traditions and innovations. It is in the Neolithic that we find the first tracks of outrigger canoes which testify of a big avant-gardism as for the used process technique: tracks of carbonization on the found vestiges prove to us that already, the prehistoric men of the Neolithic mastered perfectly the technique of hollowing-out by the fire .Thus the outrigger canoe was dug in single one-of-a-kind piece of wood which we added various elements as benches or outrigger or still of a sail weaved generally by the women of the village. Very fast the outrigger canoe occupies an important place in the organization of companies. Only the great masters in carpentry of navy, Tahu' , who knew process techniques could possess one. She is also very fast invested with a religious dimension and decorations are added on the hull to protect the fishermen of the scoffing attitude and the danger of the sea.

The construction becomes a religious rite has whole part. She is followed by high priests and is given rhythm by invocations to the gods as Tané-i-té the god of the toll manufacturers of "pahi". Once ended the outrigger canoe was baptized and dedicated to a god. The launch of the outrigger canoe was always preceded by an offering to Pohu, the god "shark". The offering in the atua (" god in Tahitian) was very often proportional in the importance of the journey for which the outrigger canoe was intended. The launch of the boat was followed by all the population and the leader of the village. She came along with numerous ceremonies and with meal of parties. All these traditions still are for the greater part respected by the Hawaiian and Tahitian peoples. The outrigger canoe knew how to cross ages by keeping all its authenticity. It represents by itself the culture of the ocean today and is the emblem of the Polynesian islands of which it is native in the same way as the tiare flower.

FROM A SIMPLE MEANS OF TRANSPORTATION TO THE REAL SPORT

The arrival of composite materials literally upset the vision and the use of the outrigger canoe. Lighter, more profiled and more oriented to the deep-sea conditions, the outrigger canoe does not limit itself anymore has a simple means of transportation but becomes a true sport. It is during the colonization of the western Polynesia then the oriental Polynesia more than 3000 years ago the Europeans were able to assist the first sports confrontations in the course of which outrigger canoes were decorated of all kinds of decorations. It is then the French authorities that put the outrigger canoe at the honor by organizing numerous commemorative or patriotic parties with tests of double or triple outrigger canoes. But it is at the beginning of 1950s when the races as we know them today appeared. The categories and the models diversify and outrigger canoes are designed specially for the races today. Today the outrigger canoes of competitions are made in carbon ultralight and weigh no more than one tens of kilos for a length of 6m50 (for a model 1 place)! We can, today, differentiate two big types of races: lagoon’s sprint and the races long deep-sea distances (ocean racing) with or without change of crews which can go to 150 km of distance to be traveled on three days. Many races became mythical for the rowers of the whole world as the Molokai in Hawaii or Te Aito in Tahiti. In metropolitan France va'a has also found his place and is governed by the French Federation of canoe and possesses too some big races on his coast.

From V1 to the OC1, the recent and surprising evolution. 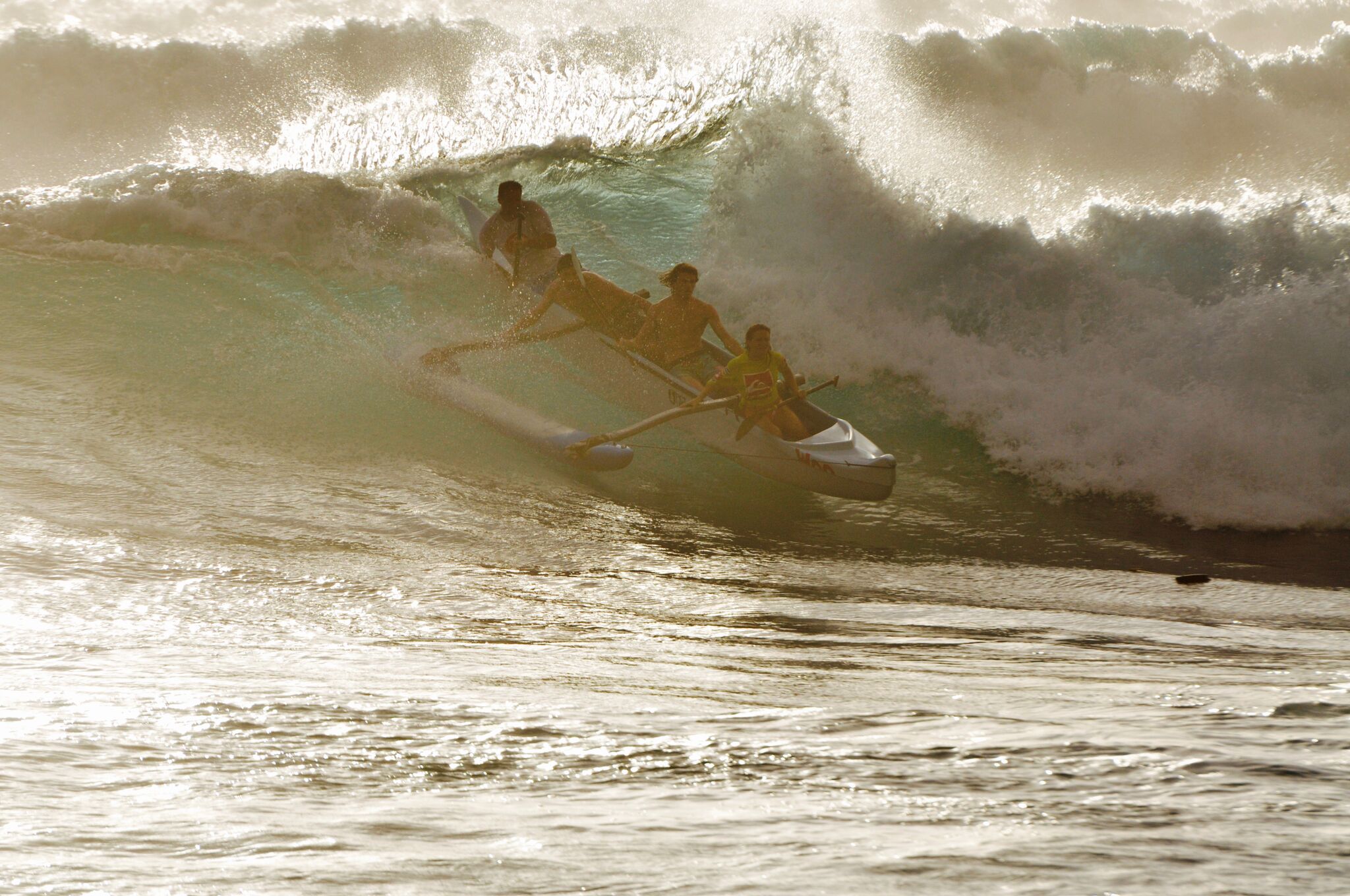 It is in fact the Czechoslovak, Karel Tresnak who is at the origin of the design of the OC1 and his history is surprising: In the 70s, Karel Tresnak is one of the best Cistus of slalom in the world: twice world champion (in 1973 and 1975), he defects at the beginning of 1980s and passes on the West by obtaining a green card in the USA. At that time, the Eastern countries were recognized as far ahead  regarding sports preparation while the western countries were far from the scientific and individualized techniques practised behind the Iron Curtain. At the beginning of the 80s, Karel is contacted by one of the biggest club of the island of Ohau in Hawaii who wished to optimize the training of their teams OC6 with the aim of first one Molokaï to Ohau, the race which was going to become a true myth in the world of the outrigger canoe. Arrived on the spot, Karel noticed that there was no plan of training individualized according to the morphology and according to the place of every rower. The team contented itself with a volume of ream in common drived by a coach on a boat follower. Thus he made V1 of Tahiti come so that every rower of the team can make training individualized besides the trainings by team. In front of the difficulty of the rowers to hold their cape, he had the idea to adapt a rudder on V1. Then one thing leading to another, and with the aim of adapting outrigger canoes to the local conditions, he had the idea to reduce their size, to give them some "rocker" and to replace the coaming by a position seat on top Even if it means designing a new format of outrigger canoe, he said to himself that it would be good to return it practical: aluminum iatos clickable was the last evolution. THE modern OC1 had been born and does not stop being since improved.
To learn more about the differences between Va'a and OC, click here