DIFFERENCES BETWEEN VA'A AND OUTRIGGER CANOES 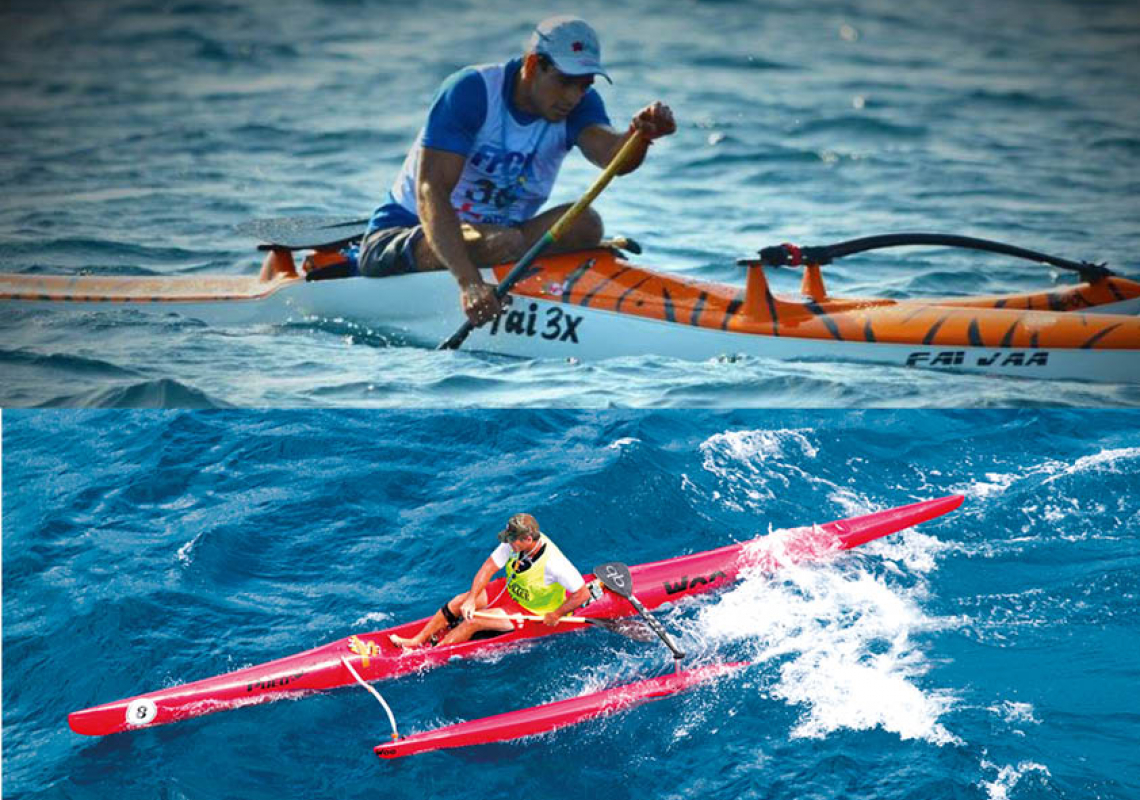 OC an adaptation of the Va'a for Hawaiian conditions

Va'a is an outrigger canoe designed first of all to evolve in lagoons, on flat and shallow plans of water. One Va'a Hoe one place (V1) is long, more than 7 meters, its hull is tightened to go as quickly as possible on the dish and do not possess rudder. The rower sits  IN his outrigger canoe. He trots AND goes with the help of his paddle (Hoe).

It is designed to evolve on the Ocean. The Hawaiian Islands are indeed not surrounded with lagoons and have to undergo the big swells of the Pacific Ocean. Thus the outrigger canoe has to face "complicated" sea conditions. Thus an outrigger canoe one place (OC1) is shorter (approximately 6,30 m) and its hull is hammered so as to being able to surf the oceanic swells in the down wind. The rower sits ON his outrigger canoe (seat on top) not so as to have to take the rap in case of reversal and has a rudder, activated by a feet’s rudder, which allows him to follow the swell of wind in the surfing THE OC1 not being a traditional outrigger canoe in Hawaii but a western adaptation (see article birth of the practice of the OC1 in Hawaii), she freed itself from the tradition to become the most practical possible to be gone up and to be defused: the arms of connection (Iatos) are aluminum and "clippables" in sheaths situated on the outrigger(AMA) and on the canoe. An OC1 is so very practical to implement unlike V1.